Life is all about decisions. And like I heard once somewhere (I don’t really recall where), sometime you make decisions, and sometimes decisions make you. There’s not a real way to skip around this step other than making decisions that you’re really proud of. Unfortunately, this also comes with the responsibility of quitting things that just aren’t doing it for you anymore.

There’s such a huge pressure to “not be a quitter”, though, isn’t there? It’s like it’s all you ever hear about; successful people making it big. But let me let you in a little secret, friends, to be successful you have to quit things, too. Quitting sometimes means making space for true successes to flourish slowly.

You know, it’s kind of like…there’s no way you could’ve ever become a renown international photographer if you hadn’t quit your master’s degree in clinical psychology. Sure, some people may argue that success is relative, because it is. And I don’t want you to take this to mean you should quit your undergrad degree. What I’m trying to say is that sometimes achieving things means leaving some things behind don’t you think? So the next time someone or something makes you feel inadequate because you just went ahead and changed your major and said “I’m over biochemistry!”, put it in perspective and think that it’s just another decision on your way to success. 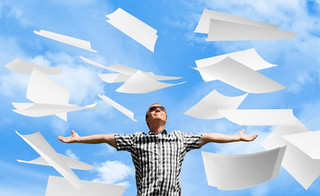