13 Reasons Why The Iowa State Memorial Union Is #1

Another day, another nation-wide list is released with Iowa State’s name on it! Recently, our very own student union was ranked as the 13th best in the nation by bestcollegevalues.org!! BUT, I contest it should have been even higher! Yeah, that’s right. I’m saying Best College Values got it wrong!

So first off, we the students at ISU, like to call our student union the MU for short, but its official title is “Iowa State Memorial Union.” Got to remember the Iowa State part…you know in case you were confused where you are. 😉 Whatever you call the building, it is the heart and soul of student life at ISU. SOOO, let me give you 13 reasons why our MU is the best student union in the nation.

Yep, you read that right. It’s like Harry Potter! It is believed the ghost of Hortense Elizabeth Wind calls the Gold Star Hall home, and with a name like ‘Wind’ it just all makes sense. She is the only woman of about 500+ names on the wall of Gold Star Hall. As the MU’s website asked, “Perhaps she’s lonely for female talk after all these years?” 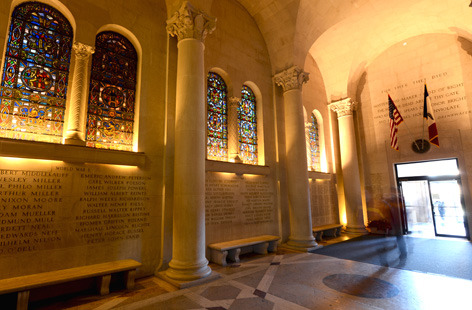 Gold Star Hall is what puts the “memorial” in Memorial Union. When the MU opened in 1928, the names of Iowa Staters who died in World War I were carved into the walls of the entrance, and since then names of Iowa Staters that lost their lives in World War II, Korea, Vietnam, Somalia- UN Mission, and the Global War on Terrorism (Iraq and Afghanistan) have been added as well. The famous stained glass windows? Created by an Iowa State student (that’s amazing!) and each represents a different “homely virtues” which are: Learning, Virility, Courage, Patriotism, Justice, Faith, Determination, Love, Obedience, Loyalty, Integrity, and Tolerance.

3. The Maintenance Shop (The M-Shop)

In 1974 the Memorial Union’s maintenance department was moved out and given a new home, so its old home was given to students for performing arts programs, and they thought the name of the space was “just right” and simply never changed it. Today, the 195 seat capacity venue is overseen by the Student Union Board, SUB, who puts on about 60 concerts a year. These include live music, comedy shows, open mic nights, and theater performances. In 1994 the M-Shop won the W.C. Handy Award for Best Blues Club in America. 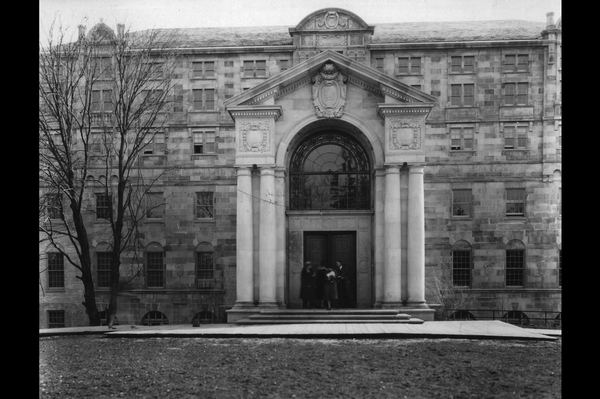 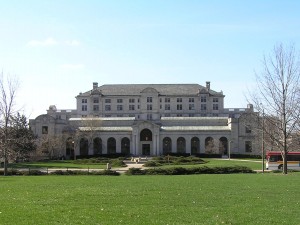 This baby has seen it all! As the university has grown so has the MU. The first addition began just 10 years after it opened and the latest occurred in 2008, which according to their website did all of the following: “expanded book store space, the MU Market & Café and the Soults Family Visitor Center were added; extensive renovation was done to the second floor, including restoration of the Great Hall and South Ballroom, the Main Desk was relocated and the Multicultural Center was established.” Pretty neat to see the building transform to our needs as students. 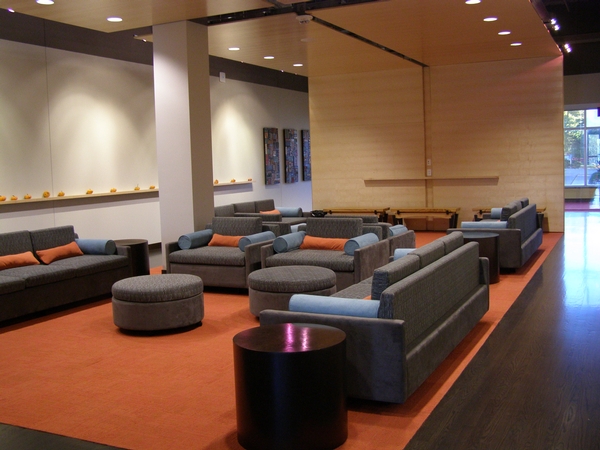 According to the MU website, “The overall intent of the Center is to create an environment where awareness of one’s cultural identity and a deeper understanding and respect of others’ differences with respect to culture, are readily accepted and embraced.” The space includes: a lounge, a kitchenette, two private study/reflection rooms, a library, a one-of-a-kind multipurpose room, and lockers for students on the go! There’s a place for EVERYONE at the MU. 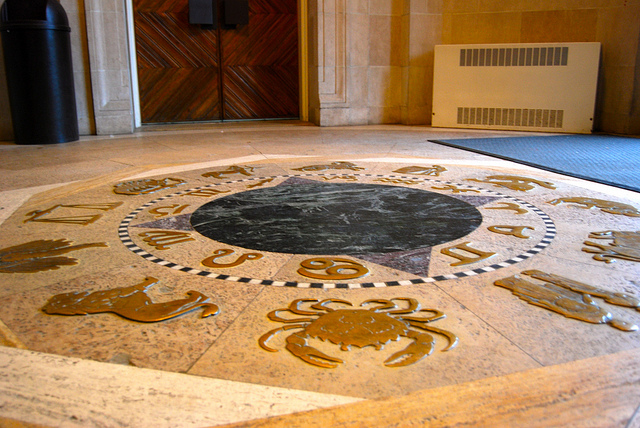 The good old, famous Zodiac. It’s an iconic piece of art at Iowa State and is a perfect classic Greek/Roman mythology symbol for the Greek/Roman architecture of the building. Soon after the building opened, students had come to the “rumored” conclusion that if you stepped on the zodiac, you became cursed and that you would flunk your next test. Today, students still believe in that tradition and walk around the zodiac. Who else has a cursed floor? NO ONE.

This center is in charge of overseeing Iowa State’s 800+ student organizations and empowering student leaders with the leadership skills they need to help other students grow. Yeah, you read that right, EIGHT HUNDRED PLUS. The center has MANY grad assistants, so the center is very approachable. One of the BEST things about them is that they have an amazing database of all the student clubs and organizations and who is in charge of them, so it’s very easy to join any club you want at ISU.

Love to bowl? Iowa State has a bowling alley. Actually we have a full on arcade. Video games, air hockey, table tennis, billiards, Wiis, you name it, we got it! And guess what?! For students it’s super cheap!! One of its best promotions is on Sundays and Mondays from noon-close where it’s only $1 bowling, $1 shoes, and $1 pop! WHAT CAN YOU BUY FOR ONE DOLLAR THESE DAYS?! Well, the answer my friends is bowling, shoes, and pop at ISU’s MU.

Can’t take your art studio in your home with you to college? Weird, neither can no one else. However, Iowa State has provided you with the solution and it’s called the Workspace! The space, located in the basement of the MU is a multi-media art studio that provides classes and the equipment that reflects a variety of interests and abilities. They have ceramics, woodworking, metalsmithing, screenprinting, stained glass, as well as open space for painting, drawing or mixed media. It’s also the only pay-by-the-day studio in the Ames area.

800+ clubs and organizations at Iowa State need somewhere to meet, and the largest student organizations have offices in either the West Student Office Space or the East Student Office Space. We go ALL out with creative names at Iowa State, right? Well anyways, because these offices are so housed in the MU it creates a fun, energetic, and passionate atmosphere in the building. The steady flow of students coming in and out of the MU that are passionate about their hobby of hip-hop, raising funds for children in hospitals, and serving as a student representative of the Iowa State Government of Student Body makes for a an always exciting MU experience.

Who doesn’t want to experience what it is like to be Harry Potter? The Browsing Library in the MU is located under the big staircase of the MU and provides the perfect quiet getaway experience. Does having internet distract you from doing your homework? Well study in the browsing library and there will be no internet for you, except for the computers in the space that have it!

Who doesn’t love a food court? Check out the ISU Dining stands, which have burritos, chicken sandwiches, pizza, burgers, and a daily Italian themed meal, AND two fast-food restaurants: Panda Express and Subway. Panda Express is a right of passage at Iowa State and the best part is that you can use your dining dollars at Panda and Subway!! It’s literally the best thing since sliced bread.

13. Art exhibits in The Gallery and Pioneer Room

No building at Iowa State is complete without art. Being the MU is the heart and soul of this campus, you can find two rooms showing off art from students, alumni, or guest artists from Iowa and around the country. The exhibits are changed numerous times so they make for a great space to be inspired! They are also used for meeting spaces and can be reserved by any club or organization on campus. I know they are used a lot for this purpose due to the MU’s perfect location on campus. Best College Values might have put us at 13th place, but I encourage YOU to stop by and check out the BEST student union in the country as a perspective student. Current students, remember just how lucky we are to have the great Iowa State Memorial Union!