I am familiar with the distance from Ames to the Southeast, West, North, and South of these United States of America.

Just over a waking day to Florida.
Four days to California.
A couple days up to Minnesota and down to Texas.

These distances, though, are not simply passed time in route to a more favorable destination. Instead, the traveling, the venturing along the winding, extensive roads, are adventures in themselves, filled with memories.

I disclose: I really dislike being in a car. I am not a very patient person and am on the more fidgety end of the calm to frenzied spectrum. The sub-two-hour drive from my home to college is a feat for me. Yet, the college spirit compelled me, infiltrated my desires, and I strapped on the seat belt for three road trips this past year.

Spring Break 2015: Florida
While I had been on long bus rides in high school, and vacations with my family, this was my first big road trip where I would have to drive. Luckily, I was not the sole chauffeur. Amidst a greater group of 24, six of us piled in my van with blankets, snacks, and a young, ambitious spirit. 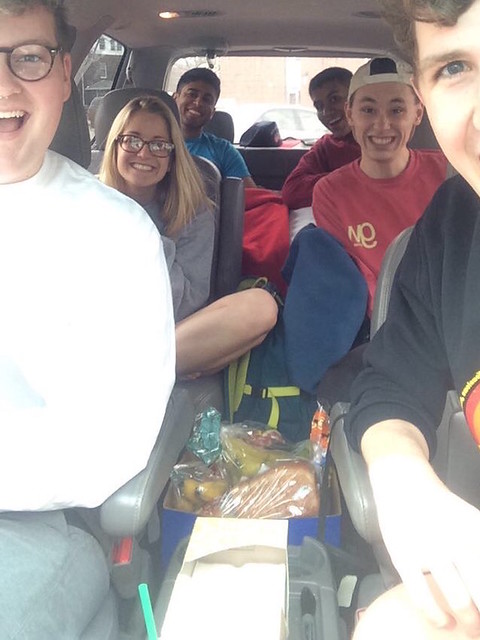 We drove through the night, stopping only for food and restroom breaks. Each driving duo took turns at the helm. Per our calculations, each person needed to drive around a three-hour shift, totaling an around 18-hour journey. When in the back we entertained ourselves with chitter chatter and music and, when tired, attempted to sleep. The protocol was that when one member of the duo was driving, both would stay awake and alert, the passenger serving as a co-pilot. This system worked relatively well, though we lacked a driving schedule and, instead, chose the next drivel somewhat spontaneously. Consequently, my driving companion (my roommate) drove first, then we switched to another duo, the third duo powered through the night, and then I took the last leg and drove us into our destination. Disheveled but excited, we were thrilled to complete the drive and went on to have a fun vacation. 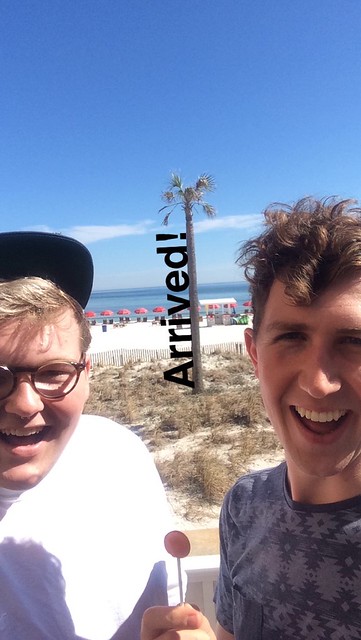 We often were separated in smaller groups, but did unite once for a photograph. 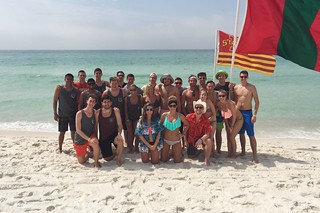 Less anxious to return home (than were we to arrive) our van of six decided to extend our trip and go to New Orleans on our way home. Giving ourselves ample time to explore the city we left early in the morning. I offered to drive first and we took advantage of the 2002 Honda Odyssey mini TV and played “Whiplash.” We took this for granted, not realizing the luxury of this tiny television.

First time visitors of the city, we wandered from shop to shop. Overlooking the imminent home, we decided to have dinner at a restaurant, followed by the famous beignets at Cafe Du Monde. 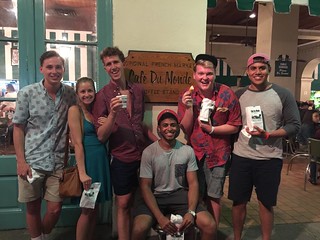 Shortly after our departure from New Orleans, we began to understand how fortunate we were to have that DVD player earlier. While trying to switch phone chargers in the loose outlet, a fuse blew and we lost power in the outlet, along with the stereo system.

Everything in the vehicle continued working except for these two functions. We pulled over to a gas station, quickly dashed to the outlets to charge our devices, and tried to figure out the issue. Unable to resolve the problem, we set back out on the road with partially charged phones, a mini charging cell, and two laptops we recognized as “backup power.” Dependent on our phones for directions, we reluctantly agreed to limit our phone usage. The sun was well set and we were all pretty tired. Thus, we allowed the driver to play music on his phone. Knowing that he was next in line to drive, the passenger asked if someone else could stay awake so he could get in some sleep. My roommate and I agreed to do so. We remained (fairly) alert by, to the best of our memory, reciting the entire movie “The Devil Wears Prada.” At one point the driver asked if we were talking to him. We told him no, we were talking through a movie. When the question if anyone else was listening was posed, we heard from the back “I was listening.”

We continued driving into sunrise. Eventually, my roommate’s turn to drive came up. We made our way to the front and then made our way to a nearby Starbucks. Into our session, everyone in the back fell asleep. We felt a similar exhaustion so we pressed play on the phone and turned up the volume.

The stereo broke so we talked through the script of The Devil Wears Prada, slept, and now @Ethan_Lindley is playing music off his phone.

The music helped drain the battery and the phone, as you can probably testify, was not very loud. We got innovative and plugged the charger into the computer and the phone into our “Starbucks Venti speaker.”

The car charging port also broke so we’re using a laptop to charge our phones and now also a @Starbucks Venti speaker pic.twitter.com/PcTdnzrQVB

My roommate and I used up the remaining power in our car, which, understandably, angered our fellow van-mates. Eventually, though, we all made it home and continue to be friends, strengthened by the trying, especially return, Florida road trip.

After the road trip to Florida, we were invincible, open to any challenge. So when my roommate asked me to road trip to California with him upon the end of the school year, I exuberantly accepted the offer. He had an internship at an independent marketing firm in Los Angeles (how cool eh?!) and wanted his car for the summer. The plan was for me to drive out with him, wish him well, and then fly back. Unlike our trip to Florida, we were a car full of two people, just two drivers, and one person’s summer’s-worth of goods. Neither of us particularly fond of driving and in no urgent rush to get to California, we mapped out an expedition with various stops to break-up the drive.

We first drove down to Kansas City, Kansas, to visit our friend George. After hitting the big attractions throughout the city, we spent the night and then headed over to Denver, Colorado. There, we met up with one of Ethan’s old friends, again walked around the city and got some rest. From Denver, we set out on our longest stride to Las Vegas, Nevada. This is a beautiful, big country. A majority of our trip comprised of vast landscapes of nature and little civilization. 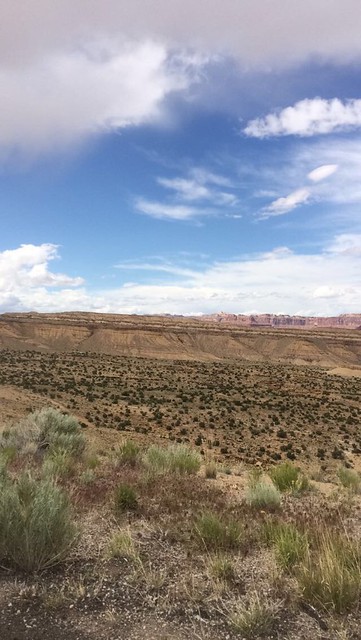 After many miles, we arrived. 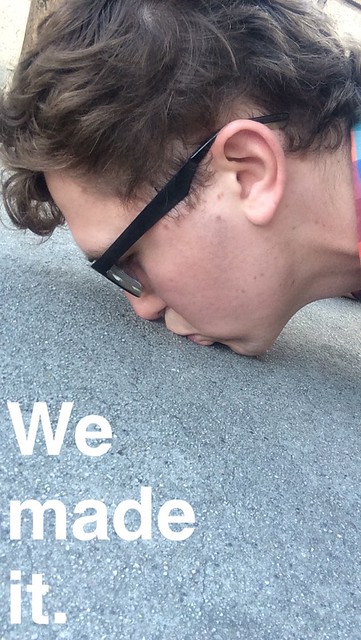 Ethan documented our Western voyage with this video. We stayed with my aunt, trotted about and explored LA, and then Ethan moved into his place for the summer and I flew back home.

Thank you for an eventful road trip across the beautiful western United States of America, Ethan, and for hosting us in the glorious California, Li! #ThirdIsTheOneWithTheTreasureChest

After California, I retired from the long road trips for a majority of the summer. Before I returned to school, though, my friend, George, and I got back in the car and went on a six day North/South American Adventure! From Ames, we went up to Minnesota and then down to Texas. Our friends Jake and Mitch joined us during our northern endeavor. In Minnesota we visited two different friends and I competed in my water ski team’s Midwest Regional competition. George and I then dropped off the other two and continued south, spent a night at George’s in Kansas, and then continued down, on to “Adventure Highway” (we’re still not sure what that is, but numerous billboards towards the end of our drive alerted us that we were on “Adventure Highway”), and into Dallas. There, we met up with our friends Scott, Rick, and Valerie. We visited Valerie at her new workplace, Delta Delta Delta Headquarters and “stole” the spirit stick (which I admit we created for photo-sake).

Delta Delta Did It. @tridelta #SpiritStickSwipers#tfm

Afterwards, we celebrated our reunion at the Texas Ranger’s baseball game.

From Minnesota to Texas, the Six-Day-North-South-American-Adventure with George was filled with fun friends and great times! (original photo post by @valpal)

Looking back, I am so grateful and glad I had and seized the opportunity to road trip across the United States of America with my great friends. The experiences and memories were well worth (and often the direct result) of the extensive time spent in the car. Instead of conforming to what you do and conserving what you know, allow the spark of college to show you new adventures.