With football (European “football,” that is) playing on the screen above, sun shining in from the windows on my left, and an English breakfast now in front of me, I commence this post to you from The Earl of Camden, one of several restaurants in my neighbourhood. As of today, I’ve been in London for four weeks! Admittedly, this was my first time enjoying an English breakfast. The meal was great and reminded me of my dad’s scrumptious breakfast back in the States! After finishing, more people started coming in and so I freed my table and have now situated a few doors down at the Camden Parkway Yumchaa, one of a few Yumchass scattered about Europe, primarily in London. This too is my first time trying Yumchaa. Even after a month, I continue to experience new adventures in both my borough of Camden and the greater city of London! In this entry, I’ll talk about the former: my home away from home*, away from home**. 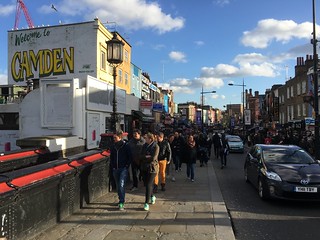 Camden is a lively neighbourhood clad with a slew of:
– Shops and stalls (which sell various things including food, touristy souvenirs, and clothing)
– Compact versions of popular stores (including Urban Outfitters, H&M, American Apparel, All Saints, and ALDO)
– Restaurants (of which, thus far, I’ve been to Hook, Masala Zone, Goodfare Italian Cafe, The Earl of Camden, Poppies, Chilango, Leyas, and Wagamama)
– Cafes (including The Coffee Jar, three Pret a Mangers, a couple Costa Coffees and Cafe Neros, Yumchaa, and more)
– Grocery stores (including my personal favorite, a small Waitrose, and a small Marks and Spenser and Whole Foods, and big Sainsbury’s and Morrisons)
– Street performers
– And a fun market!

Along with an Underground Station and a number of bus stops, the Regent’s canal passes through the borough (and leads me right to my university, which is about a 15-20 minute walk away). The area, especially on the weekends, attracts crowds of tourists and, yet, during the week, remains relatively calm. Just down the way (about a mile from my flat) and juxtaposed with the city, the beautiful, vast Regent’s Park, welcomes numerous runners, walkers, and their dogs. 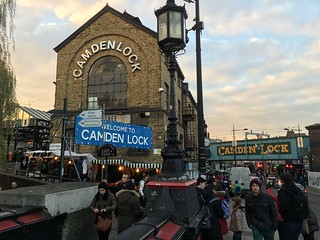 The Camden Lock Market | Not until a few visits of venturing around did I realize the size of this maze of a market! 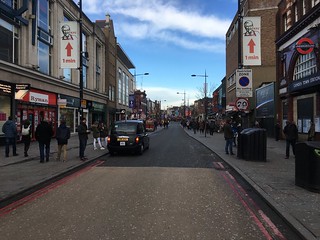 Camden High Street | My flat is just off this street, down the road and to the right! 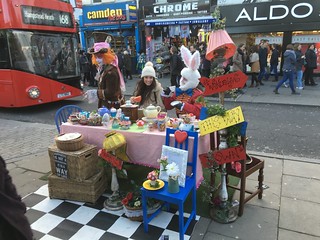 Camden Street Performers | The Mad Hatter is a regular! 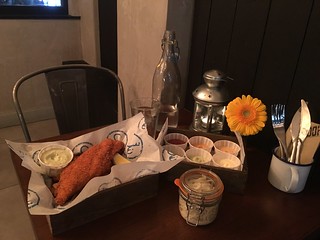 Hook Fish and Chips | I love this restaurant; in addition to fantastic fish and chips, Hook has an awesome atmosphere that includes a wonderful playlist! 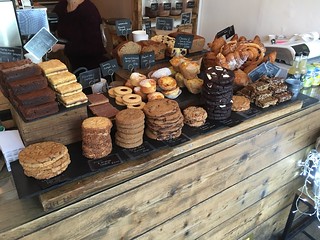 The Coffee Jar | I just had the delicious homemade carrot cake this week and I’m looking forward to trying more treats!

Finally, of course, Camden is home to my flat! I live in a small single in a building of studios. From the entryway, you can see pretty much the entire room. 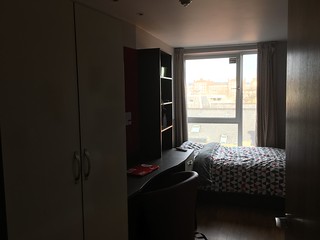 View from the entryway | from left to right: dresser, desk, bed, bathroom door 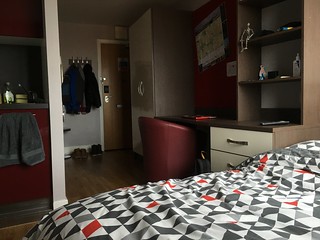 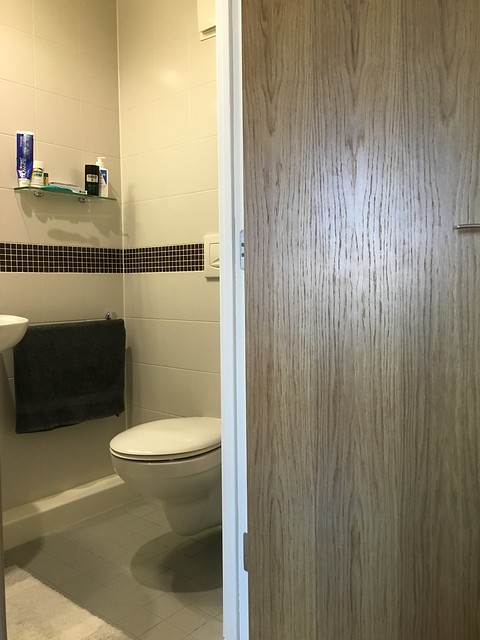 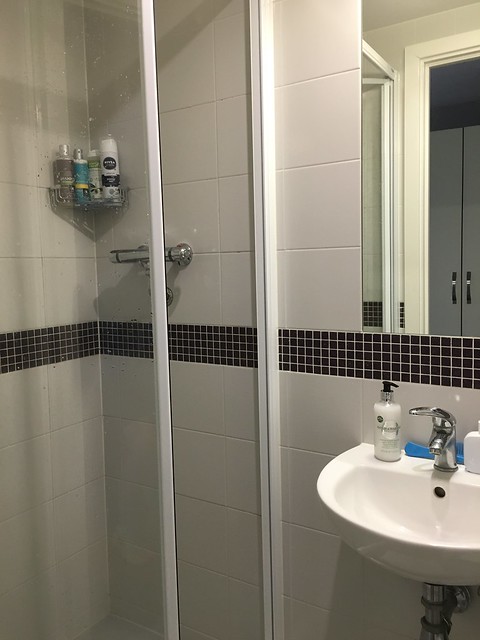 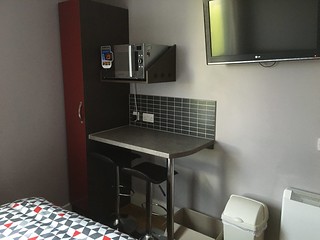 Two untapped resources | Dining Area and Television (I’ve never used the counter for dining and I have only watched television a few times; I have been fascinated by the convection microwave oven though) 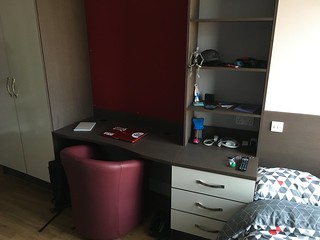 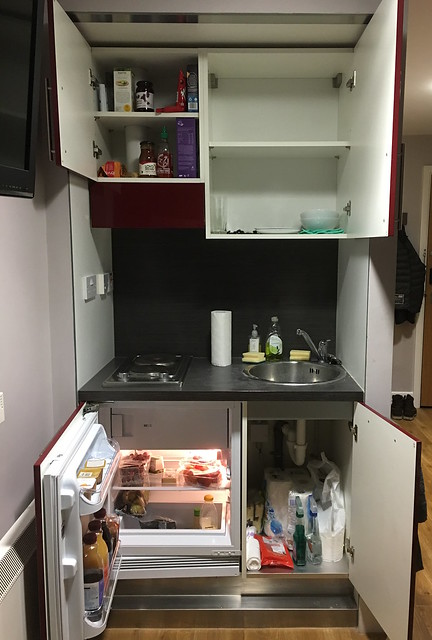 After living with a roommate in a residence hall my first year and with around 30 guys in a fraternity house my second and beginning of third year, truly living on my own is quite a change and I’ve been enjoying the benefits and challenges of the independent lifestyle!