As many of you Cyclones already know, Iowa State has over 800 different clubs that you can join. Of those 800 clubs, about 50 of them are sports clubs. These include traditional sports clubs (basketball, volleyball, etc.), but there are also some nontraditional sports clubs as well. One of my favorite clubs to talk about is the Quidditch Club here on campus! I’ll often bring it up to prospective families during my tours on campus, and I get a lot of intrigued looks from both parents and students, so I thought I’d do a little more investigating of this sport on campus and see what all the excitement is about!

Quidditch originates from the Harry Potter series. If you’re not super familiar with the story, don’t let it hinder you from checking out this club! Basically the rules are as follows, as stated by usquidditch.org:

“Three chasers score goals worth 10 points each with a volleyball called the quaffle. They advance the ball down the field by running with it, passing it to teammates, or kicking it. Each team has a keeper who defends the goal hoops. Two beaters use dodge balls called bludgers to disrupt the flow of the game by “knocking out” other players. Any player hit by a bludger is out of play until they touch their own goals. Each team also has a seeker who tries to catch the snitch. The snitch is a ball attached to the waistband of the snitch runner, a neutral athlete in a yellow uniform who uses any means to avoid capture. The snitch is worth 30 points and its capture ends the game. If the score is tied after the snitch catch, the game proceeds into overtime.” (See more rules and regulations here.)

I went to a scrimmage the Quidditch Club had for practice on central campus to get a glance at “the magic.” 😉 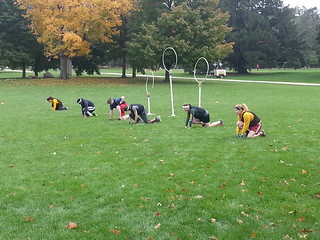 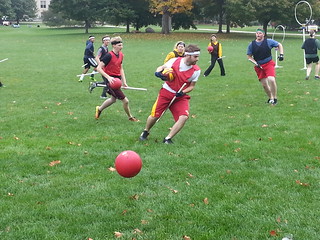 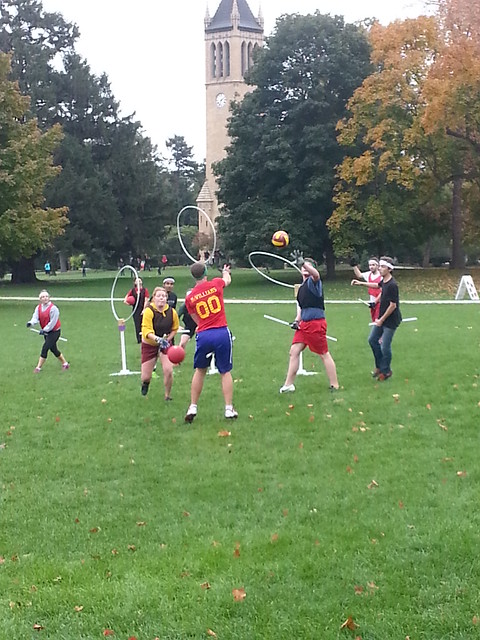 These students definitely have a blast! If you’re looking for a fun and unique experience, it would be in your best interest to give it a try! If you’re more of a competitive person, don’t let the “fun” nature of this sport turn you away. This group is intense, too! (Some universities even have training programs specifically for training their Quidditch athletes!) There is definitely some contact involved, and you’ll get a workout if you go “all out!” Also, this club participates in tournaments such as the Kansas Cup in Lawrence, KS, and the North Star Cup in Minneapolis, MN! I also heard that they hope to qualify for the World Cup in Myrtle Beach this April…

Take a look at some shots I got at their practice… Intense, right? 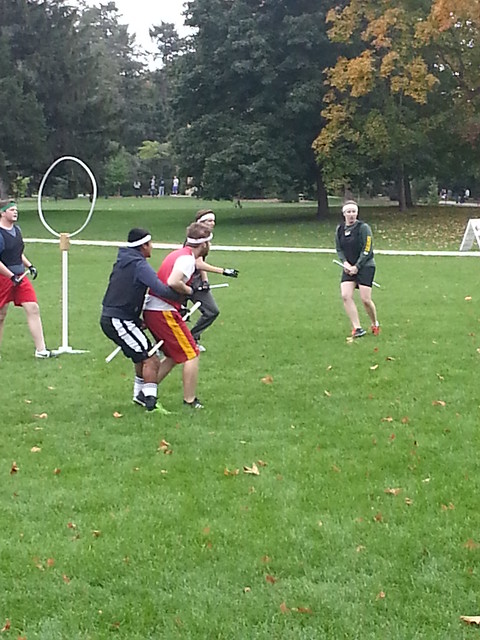 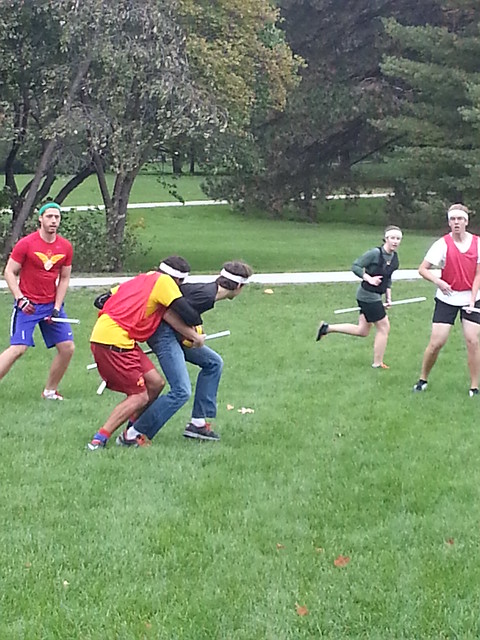 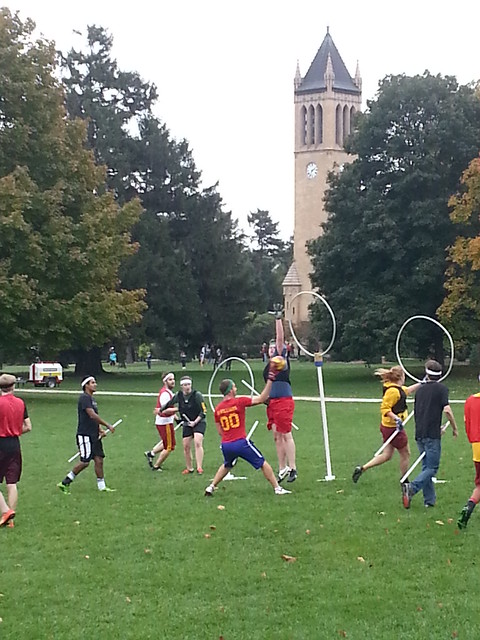 Basically, it looks like this sport has something for everyone! If you’re interested in a fun AND competitive activity, you should meet up with ISU’s Quidditch Club on central campus on Sundays at 2:00! They seem to be alright people. 😉 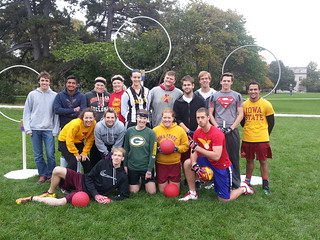 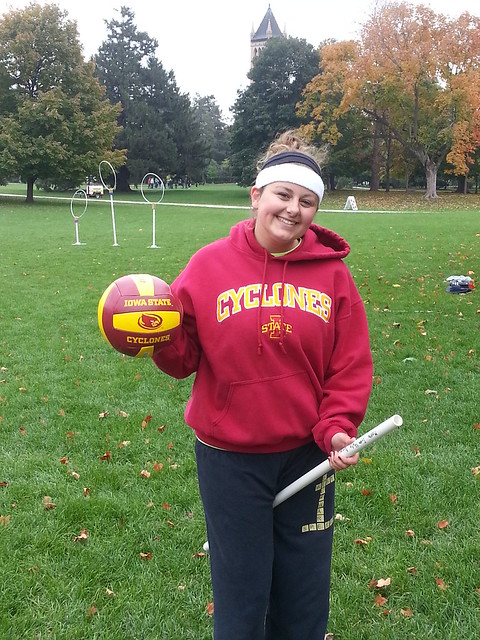